Recently, Google launched The Physical Web project，in order to use Network Address（URL）to establish a set of interconnection standard between smart devices. In short, we can use a smart device without downloading a phone app. As a professional beacon manufacturer, we launched our new Beacon module which is mainly design for the URI Beacon and it totally support the URI Beacon protocol.


Recently, Google launched The Physical Web project，in order to use Network Address（URL）to establish a set of interconnection standard between smart devices. In short, we can use a smart device without downloading a phone app.

Since it may have a profound impact on the IoT, many people including professional developers are all interested in this project.  According to the Physical Web's official introduction. For now, it is only a early pilot project , not yet officially launched, but to attract the attention of developers to join in the common direction.

Why they choose URL ?

Actually, this project is led by Google Chrome team. They hope to  continue expanding the advantages of Web. However, the most basic elements of Web is URL and it gives people a full expression method . For example, you can generate a picture only web page, or also generate a complete interactive website with deep links.
what they want is to achieve the interaction between smart devices, any place and any time, especially in some public infrastructure such as bus stations, taxi, convenience stores. When we walked near these devices, we can interact with them with our smart device without downloading any app (in fact, we do not often use these app). Therefore, we only need to click URL link while browsing the Web. It is must be the best User Experience.

How does Physical Web work?

Physical Web provides the service much like iBeacon service: the device can broadcast a Network address(URL), and all devices can receive it. This appears to be a very common way, but URL is a similar interactive method with Web page. Note that, Physical Web does not intend to replace the device app, just to provide users with an easy way to use it coz’we do not long-term and frequently use some of the app.

What will be changed by Physical Web?

Once any device has a network address, tedious app development process seems becomes less necessary.
Physical Web is mainly for those a lot of seemingly minor service: bus station will inform you when the next bus arrives; when you walk into any store, you can easily access to the online service. In fact, these cases are just simple data processing and a very simple interaction, but sometimes this small interactions change the world and the way we live.


The number of smart devices is growing, not only in the family, also in public. Assume that each new device requires a separate app, it is not difficult to imagine that there will be more trouble. Physical Web team believes that such a project must have an open standard that everyone can use, and should not be a part of a company's products. Therefore, open source becomes necessary now. Only then it will bring us  a series of new innovations of service.

As ARM mbed team described: URI Beacons are a standard way of providing a URI link in a BLE advertising packet. Website URL's are the most popular Uri's. The goal of URI Beacons are to act as a bridge between the physical and digital worlds. Since the URI can be any web capable link the possibilities for use are really endless. The UriBeacons can be thought of as a natural extension of and more useful version of QR codes.

Followed up with the pace of the Google Physical Web Project,  and as a professional beacon manufacturer, we launched our new Beacon module which is mainly design for the URI Beacon and it totally support the URI Beacon protocol.

Jaalee Beacon iB003-N is a fully-functional indoor locating Beacon. Speaking of the hardware, this module of Beacon is built-in motion sensor, acceleration sensor, temperature sensor, vibrator and 90 dB buzzer. These components ensure the motion detecting and locating easily and accurately. This special module is equipped with micro Jaalee Beacon OS 4.0.9, supporting both iBeacon and UriBeacon and formal BLE 4.0 protocol (or latter ). iB003-N can be used to broadcast any information users need not only iBeacon and UriBeacon. For example, you can configure the Beacon to broadcast radio, motion, acceleration information and so on. Meanwhile, this system can simultaneously broadcast three different kinds of information, which means that you can broadcast iBeacon, UriBeacon and Bluetooth protocol standard advisement Data at the same time. In addition, the micro system also allows motion-triggered broadcast. When the Beacon is in motion, the system will broadcast specified content and detects Beacon’s motion in low energy mode.
This module is powered up by Panasonic CR2477 battery, of 1000mAh power capacity. It can continuously work about 5 years under the default setting. Replaceable design of the battery ensures user replace a new battery for the Beacon when the battery is used off. Meanwhile, iB003-N is totally waterproof under normal use.
iB003-N gets optional broadcasting rate within the range of 100ms to 10s. Users can modify it to whatever they need.
We also provide detailed User Manual with parameter configuration information. Developers can start their development quickly and easily.  What are you waiting for? Just start your development and open fly your imagination.

Scan the qr code, pay attention to our WeChat 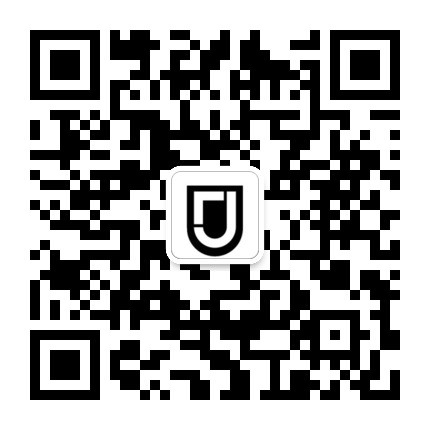